Why is taking a foreing launguage so important?

Some people believe speaking one language is enough, but for me that is just not enough.
When I just to live in Mexico I really saw no point in learning another language, but when I moved to the US, I realized how uncool it is to not understand what other people say!
Now I guess you can call me a language freak, trying to learn as many languages as possible. I think its so important and interesting, with language you learn about new cultures, accents and its easier to communicate! I now know English, Spanish and want to learn FRENCH!
Posted by karleeth at 7:23 AM No comments:

Challenge 10; Over the Semester

Over the past semester I've posted a couple of times, seven to be exact. All of them were school based, They were either for the Blogging Challenge wish was part of English class. I believe my blog wasn't the most popular for that part of the year where I only got 2 comments! I Think I have an idea of why not many people commented on my blog, I don't think I posted as often as I used to... and maybe the topics I chose weren't of their best interest. The post where I got those comments where the common license, and the place where I live.

I think I got a comment in the Wisconsin post because people like to learn about places, well I'm maybe just thinking about myself, but I really find it very interesting! The commented on how Wisconsin in fact is a great place to live. The creative commons license also got a comment, this was a really interesting topic. I really had no idea about what that was, but got really interest in the topic.

My favorite post was the LOVE EARTH post. I read so many things about Earth and how we can help, that I couldn't wait to write about it. I know this topic is very controversial, and I know I would like to help but don't really do it because for some reason I think I would have to give up a lot of things, but NO! It only takes an hour if we ALL do it together, and it will pay of, just wait until your children grow up!

I tried to change the blog themes to make it a little more interesting. I don't really know if it worked or not, but I still think I should have posted A LOT more, about things I like enjoy doing. Maybe I need to make my blog a little more me, but I think I'll join the Blogging challenge next year and do something good!

I had a couple of widgets, but I think I should of added more, I'll provably improve my blog by doing that.

I asked one of my classmates (Allison), to take a look at my blog. She told me what she liked and gave me advice in what I should work at.

According to her, the first impression was that it was very colorful, it had nice work, and good blog length. She also thought it was kind to the users. :)

What captured her attention was the pictures & widgets, she also said the animal farm video was interesting.

The distraction was how pictures and sometimes parts of the post stand out more than the rest.

She also had some suggestions that I'll follow for SURE. she suggested to make my tittles BIGGER or bold, to make them stand a little more. She also said that I should gather peoples attention a little more. Something that makes them want to read the rest!

I'll definitely follow her advices, the blogging challenges were very interesting, and I learned a lot from them. I can not wait for next year YAY :)

Challenge 9
In today's society technology plays a very important roll. It hard to find someone who doesn't know much about technology this days. I mean, you need it for almost everything... This challenge is about how the technology in teens has grown over the years. Did you know that when Facebook started it was only for a group of students in Harvard? I thought the whole technology growth was only noticed on cell phones, since is what teen "mostly" use. The truth is, social networks have grown a lot too. I'll give you some fun facts about it.
*girls send and receive more messages than boys. :O
*more than 40% of people check theis status/twitter before & after going to bed,
*people use facebook as their news resource WOW
*It is proven that young adults are the ones who upload, comment, and are more active in the network 18-21
*The group of people who not only use their phone BUT internet on it are again, young adults.
*Kids in between 12-15 use their phone mostly for calls of txts
*Facebook its E V E R Y W H E R E!
*Teens are most likely to get distracted by an electronic message when they are in the bathroom, eating, etc, etc.

When I read all of those things I was amazed, most of the things fit... but not all of them!
I do many of those things, like check my facebooks before going to bed, and well sometimes when I wake up... I do get distracted when I get a text or someone comments on my wall!
But i didn't agree with other things, I have some friends (males) who text like C R A Z Y, & I'm sure way more than me. I also thought we, the teen would've been the ones who use the web the most, but I suppose we are not.
It was definitely interesting looking at those statistics, it thought me many things... things that I knew but never really paid attention. But in the other hand, some that I had no idea!

When my English teach told us the blogging challenge was about commons license I honestly had no idea what she was talking about. I always wondered how to copy right my stuff but never really knew how to. Watching the video I learned so many new things, and everything clicked! I do agree in people having a creative commons license. I'm actually thinking of making one my self, even if my stuff is not the greatest I would like to people to know it was me, if they would like to add stuff to it I would be more than happy for them to do it... maybe they like the idea but they could do something different with it. I would like people doing that as long as I know what they are doing. The people who visit my blog are meanly form the challenge, and of course my English teacher :) haha! Even if not a lot of people visit my Blog I would like the people who does know I did it.
Posted by karleeth at 11:49 AM 1 comment:


For English class my classmates and I have to read the book Animal Farm by Gorge Orwell.
The book is about animals who want to be part of animalisim, they don't want humans exploiting them, they want to eat what they produce... but they never knew the price of "freedom" would be so expensive! I choose this video because it was different, and i thought it was nice how all they acted the book in a couple of minutes! even if they don't explain it with details... you get in to it!
I hope you enjoy it...
Posted by karleeth at 12:40 PM No comments: 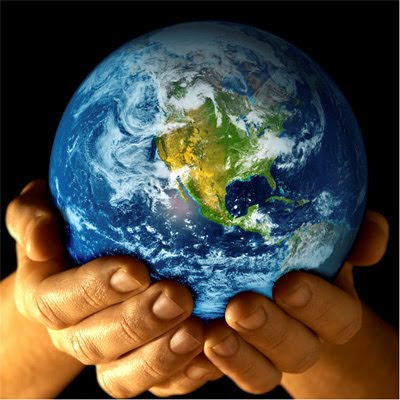 Picture from: http://freshstartrecycling.wordpress.com/2009/04/
I've seen some forwards in the web where they plan an international earth day... I don't really check my email often since its full of notifications from facebook or other cites, so when i get to open them its to late. I always wondered if days of not using any energy for 5 minutes actually worked, one day changing through the channels in TV I saw a guy talking about this forwards. He said that it couldn't help much if people don't really see it and if it actually gets to another places in earth the time would be different, he though THAT forward weren't well planed. I have to admit, I got his point, I mean it only said one day at ONE specific hour. Soon enough I forgot about the forward, but today for English class our class had to do this challenge, we did one similar the past fall... I was scowling down and then I saw something that caught my attention "Join in Earth Hour..." I wondered what it was about, and soon enough I was exploring the page. I found SO many things. I consider my self a Hippie in someway... Ahaha I really care about the environment, It's one of my favorite topics in sciences, but well that another story. The challenge was about posting of something related to the environment. I found so many ways of helping prevent climate change, and when I was many, I mean MANY! ways to help individuals, cities, organizations, schools, etc. I also found some Climate Facts... I really liked the page, but I was still wondering what is this all about? Earth Day is a movement who tries to help climate change, this group invites people to turn off lights for an hour.
-Does this actually work?
YES! Earth day make it at the same time ALL over the world, I don't mean time by hour, but by... time! hahah I guess what I'm trying to say is it can be 1.oOpm in Wisconsin, and 8.Oopm in Spain!
-But what can you do for an hour, well they give you A LOT of ideas, I do think its worth it. :)

The date is March 27, it will be at 8:3O pm in Wisconsin. Since it will be at night, I think I'm going out side and look at the stars for a while, can you imagine how cool would it look?? yes yes, I know not EVERYONE is doing it, but we have to start somewhere, and I want to start helping!

JOIN there is still time! :D

Posted by karleeth at 5:55 PM No comments:

WISCONSIN, a great place to visit, (;*

Wisconsin has many thing to offer, I moved here a couple of years ago and fell in love with the place. Where can you actually see the four stations of the year, winter, spring, fall and summer. here you'll find more then one thing to do, and you won't get bored because well... there is always something fun to do. If you are fan of football, or Futbol Americano, you should definitely visit the Lambeau Field where the Green Bay Packers play! If you look for something to do in the summer, you can go camping in the green beautiful woods of Wisconsin, or to Noah's Ark a favorite water park in the state. You can also go tubing or water skiing in one of the beautiful lakes of Wisconsin. I promise you won't regret visiting... in the winter you can ski, snowboard, and many many more things. If you like animals, you;ll find a lot here, Wisconsin is a big farmer place.The people is very welcoming and the place its just beautiful! :D
Posted by karleeth at 12:52 PM 1 comment: